The Canterville Ghost by Oscar Wilde

This is Oscar Wilde’s first published story, in 1887, a year before The Happy Prince, and five years after he’d travelled in the USA. It features his oft misquoted line:
“We have really everything in common with America nowadays, except, of course, language.”

It’s a curiosity: funny, but mostly not in a Wildean way; ghostly, but not remotely scary; overdoing some stereotypes (Americans), and underdoing others (what ghosts can feel and do); not quite a children’s story, but not really an adult one; long for a short story, but too short for a novella. But who needs labels?

Hiram B Otis (an American, as if you couldn’t guess) buys an English haunted house and moves in with his wife and four children. They “come from a modern country”, so have no fear, because they don’t believe in ghosts.

Idyllic summer
“They heard a wood-pigeon brooding over its own sweet voice, or saw, deep in the rustling fern, the burnished breast of the pheasant. Little squirrels peered at them from the beech-trees as they went by, and the rabbits scudded away through the brushwood and over the mossy knolls, with their white tails in the air.”

But
“As they entered the avenue of Canterville Chase, however, the sky became suddenly overcast with clouds, a curious stillness seemed to hold the atmosphere, a great flight of rooks passed silently over their heads, and, before they reached the house, some big drops of rain had fallen.”

Pragmatism
There’s a bloodstain on the floor which allegedly cannot be removed, but it succumbs to the power of Pinkerton’s Champion Stain Remover. Only to reappear next day. The rational mindset prevails. Even when an encounter forces reluctant belief, they are not scared. Seeing a ghost “of terrible aspect”, Mr Otis’ only concern is the noise of the clanking chains, so he proffers Tammany Rising Sun Lubricator, which the ghost thinks insulting. Worse still, three of the children are forever trying to catch him out and trip him up. Literally. They have no respect! 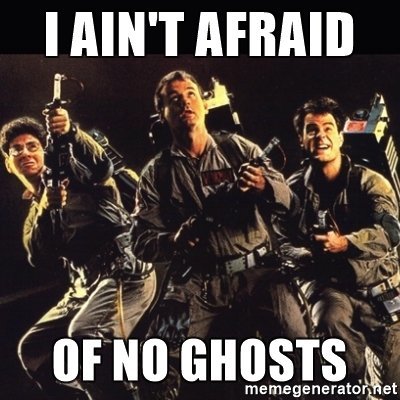 Whereas Wilde shows comedy in pragmatism towards ghosts, in 1961, the Chinese Communist party used it for propaganda, as I found when I read Stories about Not Being Afraid of Ghosts immediately after this (see my review HERE). It’s a strange collection!

Theatrical
The ghost, a veritable ghoul of 300 years’ proud standing, has many elaborate costumes and characters. He is conscientious of “his solemn duty to appear” at regular intervals, and “with the enthusiastic egotism of the true artist… [remembers] his most celebrated performances”. The family’s refusal to be scared, and their active attempts to outwit him leave him humiliated, angry, and vengeful.

Slapstick
It all turns rather slapstick. Home Alone came to mind, which may be far off the mark, as I’ve only seen it once or twice, many years ago, and no one is alone in this story. 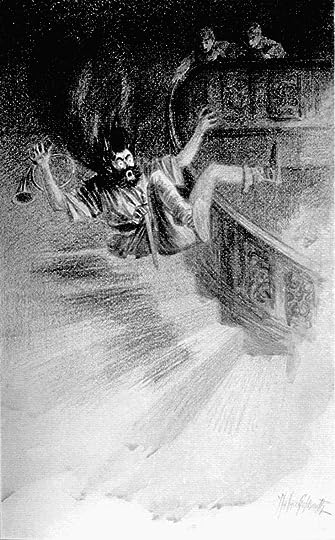 Illustration: “He met with a severe fall”

Sympathetic villain
I started to feel story for this ghost, even though he had murdered his wife: “the very darkness seemed to loathe him as he passed”.

Earnest
One of the children doesn’t join in the taunting and traps. When she meets the ghost and suggests that “If you behave yourself, no one will annoy you”, the dialogue could be between Jack and Algy in The Importance of Being Earnest (see my review HERE):
It is absurd asking me to behave myself… quite absurd. I must rattle my chains, and groan through keyholes, and walk about at night, if that is what you mean. It is my only reason for existing.
It is no reason at all for existing, and you know you have been very wicked.

Garden of Death
“You must weep with me for my sins, because I have no tears, and pray with me for my soul, because I have no faith.”
Towards the end, the tone changes dramatically. The humour evaporates and is replaced with tears and metaphors. Wilde’s stories of The Selfish Giant and The Nightingale and the Rose came to mind. There is even a barren tree that bears blossoms, and a nightingale. As with those, the ultimate message is that love is more powerful than death.

Oddities and links
This joke felt out of character:
“My father will be only too happy to give you a free passage, and though there is a heavy duty on spirits of every kind, there will be no difficulty about the Custom House, as the officers are all Democrats.”

You can read the story, with illustrations, on Gutenberg here. 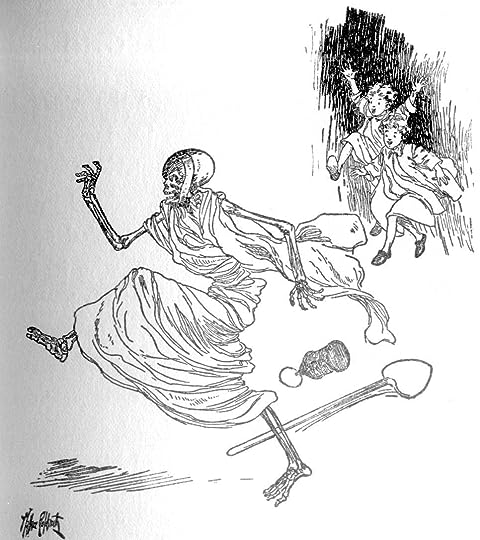 It's The Summary Of The Famous Book "The Canterville Ghost" -Oscar Wilde Now On CBSE In 11th class The story begins when Hiram B. Otis and his family move into Canterville Chase, despite warnings from Lord Canterville that the house is haunted. In fact, upon hearing the.
Oscar Wilde

The story begins when Hiram B. Otis and his family move into Canterville Chase, despite warnings from Lord Canterville that the house is haunted. The Otis family includes Mr. Otis, their daughter Virginia, twin boys often referred to as "Stars and Stripes" and their eldest son Washington. At the onset of the tale, not one member of the Otis family believes in ghosts, but shortly after they move in, none of them can deny the presence of Sir Simon The Ghost.

It was the first of Wilde's stories to be published, appearing in two parts in The Court and Society Review , 23 February and 2 March The story is about an American family who move to a castle haunted by the ghost of a dead nobleman, who killed his wife and was starved to death by his wife's brothers.
william branham messages in hindi

Our notes cover The Canterville Ghost summary, analysis, themes, and characters. Oscar Wilde was an Irish poet and playwright, born on 16 October and died on 30 November He started writing when the Victorian Era was about to end. The era is marked with the rise of middle class in Britain. The advancement in technology and Industrial revolution paved way for the rise of the middle class.

I love you because you first loved me

I will never give up poem