The Far Side Gallery 5 by Gary Larson

Well, I believe that this is the last of the collections, namely because Larson retired after 15 years. I guess that was probably a good move because, as he said, he really didn’t want to end up in the realm of the mediocre cartoon graveyard. I can sort of appreciate that, but as I have mentioned previously, apparently he really doesn’t appreciate his cartoons being shared around the internet, though when you do receive a takedown notice they don’t tend to be as mean and nasty as some writers tend to send (with the claims that they are starving and what not).

I guess the problem with that is that while back in the day, when we would eagerly open the newspapers to the comic section to see what new and wonderful cartoon had appeared there, these days it just feels as if people simply don’t remember them any more. In fact, the current crop of university students was born some time after The Far Side stopped appearing in the newspapers, and in a way are probably seen as the things that their parents read (and we all know how kids feels about the things that their parents did, you know – simply not hip or cool).

It is a bit of a shame though because it means that these days, despite what people claimed back then, Larson has unfortunately been consigned to the dustbin of history. In fact, I had completely forgotten about him until I appeared at my friend’s house and discovered a number of his works sitting on his bookshelf (though I haven’t seen the third gallery, and I’m not entirely sure if he actually owns a copy). Yet, having spent some time reading through these books, it has been a rather nice trip down memory lane, chuckling at the old cartoons, and also realising that a lot of them have so much depth to them that these days people probably don’t understand what was going on, such as this one.

Another interesting thing is that when I was reading the first book I was a little horrified at some of the cartoons that appeared in there, and honestly, he has got himself in trouble, such as with the Jane Goodall one, though as it turns out while the corporates in the United States were horrified, she actually had a sense of humour and pretty much ordered them to step down, namely because she actually saw the funny side. In fact, she even wrote the intro to this volume, and also told a story as how there was a science teacher that would place a whole heap of Far Side cartoons on his wall, and as the students studied science, they slowly came to actually understand the joke.

However, to finish this off, I won’t end with a Farside cartoon, but instead with another modern meme, namely Storytime with Danny Trejo. 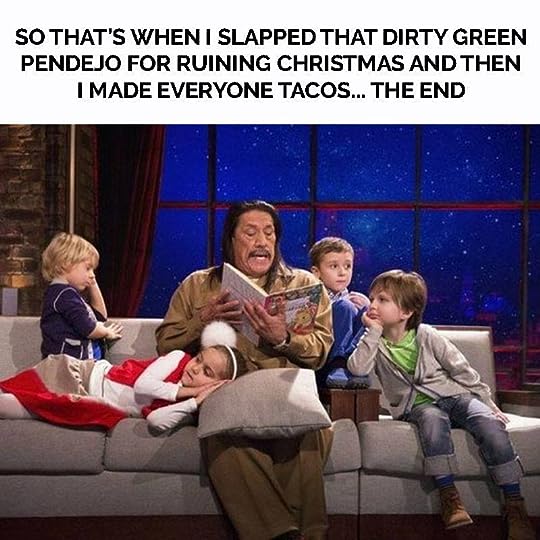 the watcher the story of jane goodall

Gary Larson born August 14, is an American cartoonist. He is the creator of The Far Side , a single-panel cartoon series that was syndicated internationally to more than 1, newspapers for fifteen years. Larson was born and raised in University Place, Washington , in suburban Tacoma , [1] the son of Verner, a car salesman , and Doris, a secretary. Larson said his family has "a morbid sense of humor", [1] and that he was influenced by the "paranoid" sense of humor of his older brother, Dan. Dan "scared the hell out of me" whenever he could, [1] Gary said, but Dan also nurtured Gary's love of scientific knowledge.

55 years ago, Jane Goodall walked into the forests of Africa looking for wild chimpanzees, and she hasn't stopped working to learn about and protect them since.
thomas cook hamilton phone number

Into the Forest with Jane Goodall!

His unique and idiosyncratic series was syndicated in more than 1, newspapers for fifteen years. Although he retired in , and is somewhat publicity shy, fans have been able to continue enjoying his work through a series of twenty-three books published that feature collections of his bizarre, creative, and laugh-out-loud cartoons. Gary Larson is, without doubt, an American comic icon. Despite his unique gift for humor, there is a side to Larson that most people do not know about. He is a philanthropist who is deeply committed to two important issues of our time: conservation and animal rights. In fact, in Larson donated all the profits from sales of his Far Side calendar to Conservation International, an American environmental organization.

The Far Side is a single-panel comic created by Gary Larson and syndicated by Chronicle Features and then Universal Press Syndicate , which ran from January 1, , to January 1, when Larson retired as a cartoonist. Its surrealistic humor is often based on uncomfortable social situations, improbable events, an anthropomorphic view of the world, logical fallacies, impending bizarre disasters, often twisted references to proverbs , or the search for meaning in life. Larson's frequent use of animals and nature in the comic is popularly attributed to his background in biology. Reruns are still printed in many newspapers. The Far Side was ultimately carried by more than 1, daily newspapers, translated into 17 languages, and collected into calendars, greeting cards, and 23 compilation books. Larson was recognized for his work on the strip with the National Cartoonist Society Newspaper Panel Cartoon Award for and , [2] and with their Reuben Award for and The series was preceded by a similar panel called Nature's Way , also by Larson.

When you look back at pop culture, you can occasionally follow the threads back to these points that change everything. They're the projects that paved the way for so much that came after, the ones that introduced their audiences to a strange new way of thinking that eventually becomes the new standard, these massive influences that vast sections of the things we love almost certainly wouldn't exist without. Through a daily strip that ran for fifteen years in over 1, newspapers and got dropped from a handful for being too weird in the process Larson introduced an entire generation to the surreal, random, and occasionally very dark humor that would become part of the language that we all speak. And today, August 14, as Larson celebrates his birthday, it's a pretty great time to look back on his work. The Far Side launched in as a spin-off of Larson's previous strip, Nature's Way , and as you might expect from that title, there was a pretty big focus on animals throughout the run. Larson is, in fact, probably the 20th century artist best known and most beloved for his pictures of cows, a statement that, like the strip itself, is both truly bizarre and yet speaks to an essential truth.

Interesting maps of the world

Return to the little kingdom

Everything wrong with despicable me 2

When will the heist society movie come out